Liverpool are top of the table and yet to lose in the Premier League this season – but will their unbeaten record survive the visit of defending champions Manchester City?

City’s last trip to Anfield, in February, saw them win 4-1 after a nightmare display by Reds goalkeeper Alisson.

“Liverpool look stronger now than they were then. They have hardly made any signings but their injured players are all back and they have now got real competition for places right through the team – like City do, really.”

Lawro is making predictions for all 380 top-flight matches this season, against a variety of guests.

Page was victorious against number one ranked Douglas Lima at Bellator London on Friday.

Page is a Manchester United fan who was delighted to see Cristiano Ronaldo return to the club over the summer, but feels the setbacks of the past few weeks shows there is still work to do to bring the glory days back.

“It’s great to have Ronaldo back,” Page told BBC Sport. “There is great energy from everyone from having him there, and he is a great leader.

“You can see he has already lifted the team but there is a bit of chemistry missing at the moment.

“While the depth of the squad looks great right now, even down to the players they can bring on, the person who needs to make the difference is the manager.

“It is down to Ole Gunnar Solskjaer. Some of his decisions in the past few weeks have been poor and, until he wins something with United, there are going to be question marks over him.

“I look at United’s squad and think any decent manager could win the league with that, or come very close. So Ole has got to show that he is the right man for the job.”

Page played football himself before focusing on his MMA career, and was on QPR’s books as a teenager.

He explained “I was always very versatile but one of my schoolteachers, Nigel Duncan, who is still a good friend of mine, used to call me Patrick Vieira because he felt my game was similar – I could run for ages and was good defensively as well as going forward. He’s probably the player who I modelled myself on the most.

“By the time I stopped, though, when I was about 22 or 23 and I was playing Sunday League, I was actually more of a defender. I was out wide at first, as a fast left-back or right-back. But then they pulled me into the middle because of how high I could jump in the box. I could get quite a bit of height!

“It’s a useful thing to have that as a player and there are quite a few footballers who train in martial arts as well when they are able to – Paul Pogba is one of them, and Zlatan Ibrahimovic is another.

“A few of them would be handy at MMA – they are obviously athletic enough, it is just the mentality of being able to be hit.”

A correct result (picking a win, draw or defeat) is worth 10 points. The exact score earns 40 points.

Games kick off at 15:00 BST unless otherwise stated 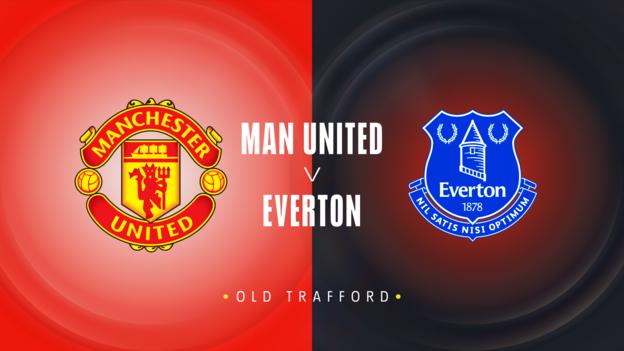 Manchester United might have left it very late to beat Villarreal on Wednesday, but the most important thing for Ole Gunnar Solskjaer was that he won that game.

When United fell behind in the second half, I can just imagine some of his critics saying ‘well, this is going to be three defeats in a row now’ and all that kind of stuff. Instead, the focus was on Cristiano Ronaldo’s winner.

That is five goals in five games for him for United now, in the Premier League and Champions League and, whatever United’s problems are, he is not one of them. 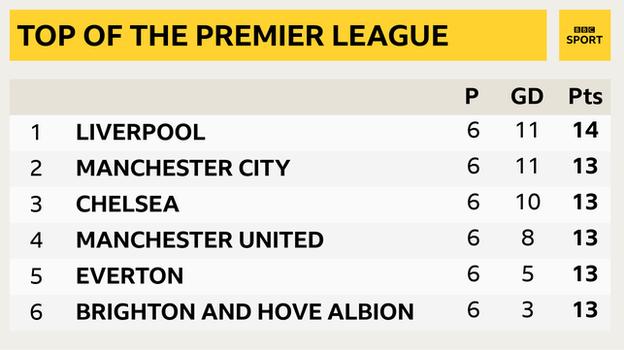 This will be a tough test for United, because we have seen how good Everton are under Rafa Benitez, and Solskjaer must cope without the injured Harry Maguire in his defence.

United struggled without Maguire at the end of last season, but the arrival of Raphael Varane means they are strong enough at the back now – plus Everton are still without Dominic Calvert-Lewin, so they will carry less of a threat.

MVP’s prediction: This is going to be tough. Based on the way we have been playing I don’t see this being a spectacular performance from United – we will have to fight hard for the points. 2-1 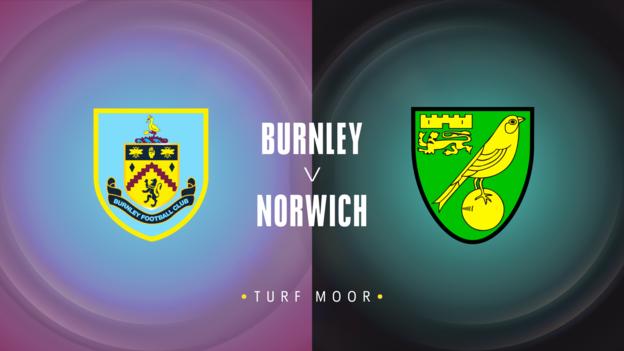 This is 19th versus 20th and neither side have managed a win yet, but Burnley have looked far more like getting one than Norwich have so far. 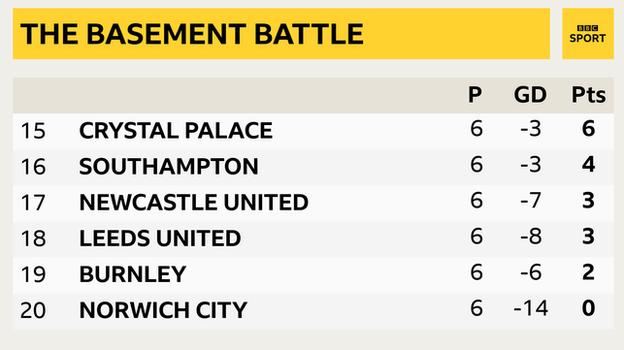 Too often, the Canaries have been out-thought and out-gunned. They haven’t even got a point on the board after six games and there haven’t been too many moments when they have looked like getting one either.

Burnley, in contrast, have been much more competitive, even when they have lost.

Sean Dyche is going to have work cut out to keep the Clarets out of trouble but, from what I’ve seen of both teams, they should take the points here.

MVP’s prediction: Neither of these teams have really got going yet, but I am going to go with Norwich to get off the mark at last. 0-2 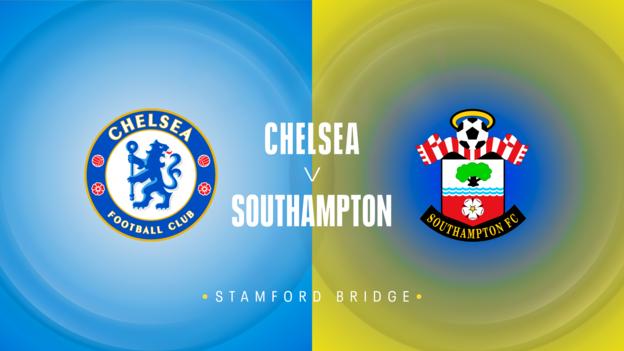 Chelsea have lost their past two games, against Manchester City and Juventus, but this is not the start of any serious slump.

Blues boss Thomas Tuchel will demand a performance this time, and I would be shocked if their losing run continues on Saturday.

Southampton have looked good in some of their games, but that hasn’t been enough for them to win one yet.

Saints will probably adopt a similar approach to the one that got them a draw at Etihad Stadium a couple of weeks ago, and will hope for a similar performance too.

But a point is probably the best they can hope for again here – and I don’t see them getting one.

MVP’s prediction: Chelsea were on an amazing run until they lost to City last weekend and they should bounce back here. 3-0 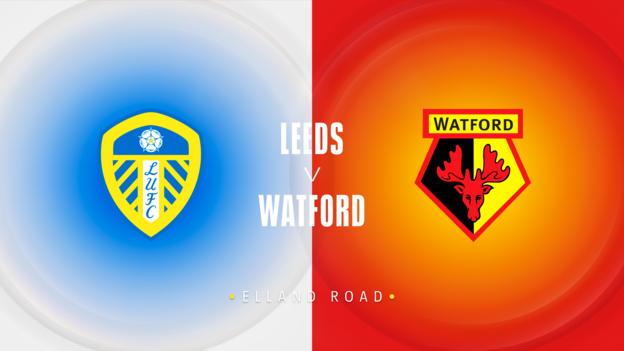 Watford have shown they can be awkward opponents but Leeds are too easy to beat at the moment – if it’s not one part of their team that’s not functioning, it’s another.

Marcelo Bielsa’s side scored 12 goals in their first six Premier League games last season as a newly-promoted club – this time, they have managed only half as many.

There have been flashes of their old selves but, over 90 minutes, we are still waiting for them to put in the kind of performance that we got used to. Maybe Saturday will be the day that changes?

MVP’s prediction: Leeds haven’t won yet which really surprises me – last season they really impressed me with their football. They have always conceded a lot of goals though. Watford have made a decent start but I think they might be over-confident here and push forward too much because of Leeds’ poor form. It’s tough to call a winner, but I’m going to gamble and go with Leeds. 3-2 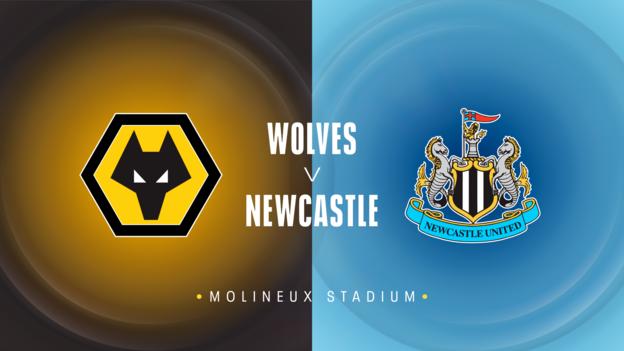 Wolves have won two out of their past three games and they are playing like a team whose confidence has come back.

Do Newcastle go to Molineux and set themselves up to be hard to beat, or do they think this is a chance to get a first win of the season and go for it a little bit more than that?

I suspect it will be the former, but I don’t think it will work.

MVP’s prediction: Both sides have been lacking a bit in attack and defence. I’m going to go with a draw. 1-1 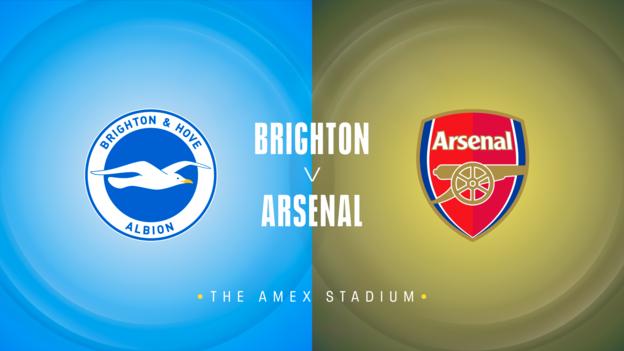 Brighton missed the chance to go top of the table on Monday but the way they snatched a point right at the end of their game against Crystal Palace will still give them a big lift.

The Seagulls have made a really impressive start to the season, but Arsenal are on a bit of a roll at the moment.

That run won’t last for too long – not a lot has changed about the Gunners, really, because I still think they will go on streaks of good or bad results just like last season – but they will be smiling on Saturday evening anyway.

MVP’s prediction: Arsenal started the season in shocking form but they have started to pick up a lot in the past few weeks. Brighton are doing amazing though and I think they will edge this one. 2-1 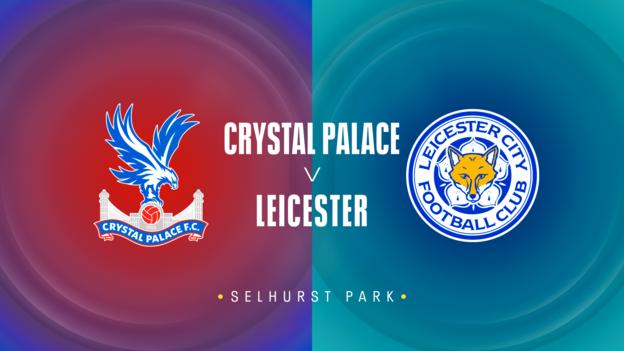 It must have hurt Crystal Palace to be denied victory so late on against Brighton on Monday. They started that game really well too.

Leicester are not having a great time of it at the moment, but Jamie Vardy has started scoring again – three goals in his past two games – which makes me think their form is going to improve soon.

MVP’s prediction: Palace’s results have been very up and down, but they have played well in some of their games. Leicester have been dropping a lot of points so I fancy Palace here, but only just. 1-0 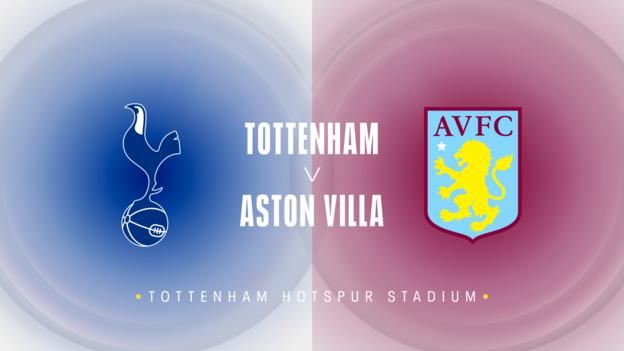 Aston Villa are ticking along nicely and got a great win at Old Trafford last time out. They played well, and stuck at it too – they were so determined, and it paid off.

The opposite was the case for Tottenham in their dismal derby defeat against Arsenal. That was a real worry – if you cannot get yourself motivated for a game like that one, then you have got serious problems.

Nuno Espirito Santo has to improve the mood and morale in his camp, but he also needs to get Harry Kane firing. I think that will happen soon, which is why I am backing Spurs here.

MVP’s prediction: Tottenham have not had the greatest time in the past few weeks, but I think we will see a reaction here. 4-0 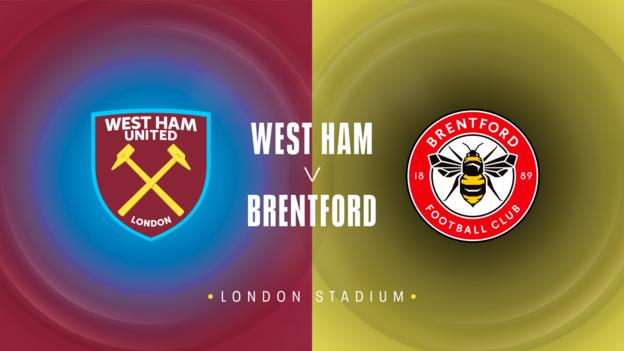 Brentford look lively and have caused a few teams some problems already this season – including Liverpool last week.

But West Ham will have Michail Antonio leading their attack and, as good as the Bees are, I don’t see them keeping him quiet for 90 minutes. 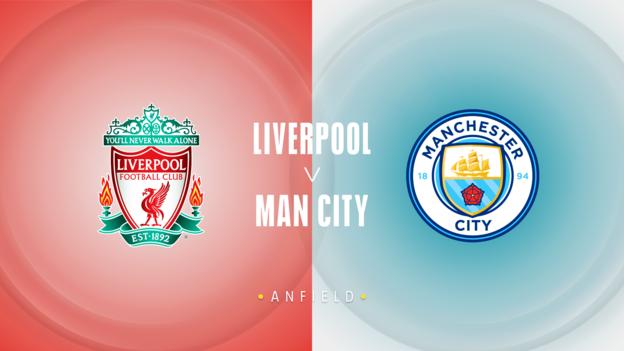 Manchester City lost to Paris St-Germain in the Champions League in midweek, but they still put in a good performance.

That Champions League group game was by far the least important of a big week for City that started with a brilliant win at Stamford Bridge, and ends at Anfield.

City will be right at it again here, but so will Liverpool. Jurgen Klopp’s side were not up against anyone of the same sort of quality in midweek, but they basically just swatted Porto away.

“I am at Anfield for this one and I can’t wait – these games are played at such a fierce intensity and are usually decided by fine margins.”

MVP’s prediction: These are two absolutely amazing teams, playing really well and they are a threat the whole time. This is such an exciting game, the kind where everyone will be tuning in, whether they support one of the teams or not. It’s horrible to try to call a winner, but I’d say Liverpool are possibly in slightly better form, and if they score first they will win. 3-1

How did Lawro do last week?

Last week, Lawro got three correct results from 10 matches, all three as exact scores, for a total of 120 points.

He beat DJ Friction, who got five correct results, but with only two exact scores, for a total of 110 points.