US synagogue shooting: One person dead in Poway, California 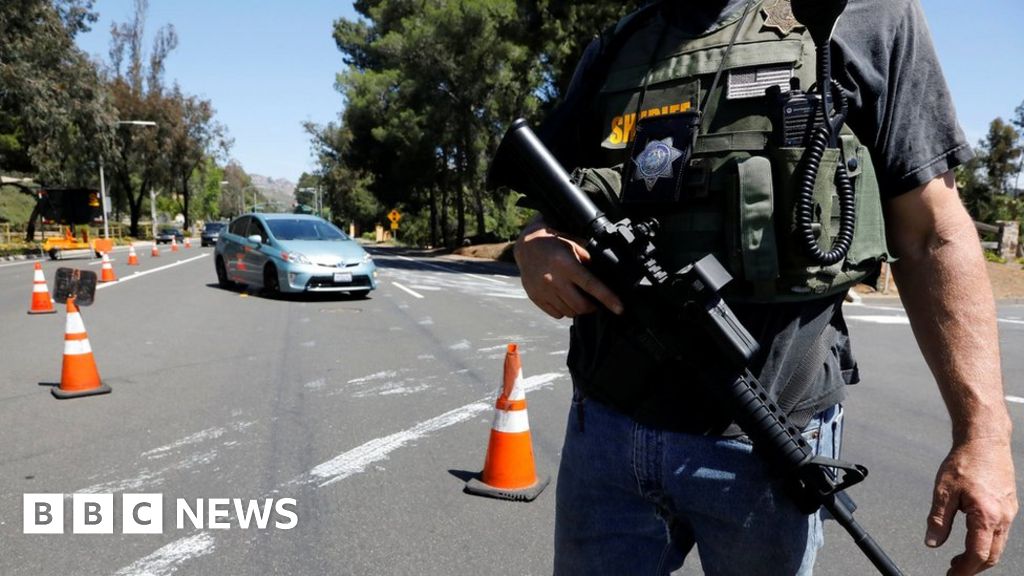 A gunman has opened fire at a synagogue in California, leaving one woman dead and three other people injured, police say.

A 19-year-old man has been arrested after the attack at Poway, north of the city of San Diego.

The synagogue had been hosting a Passover celebration when the shooting took place, reports said.

Police have not suggested a motive but US President Donald Trump said the attack “looks like a hate crime”.

The shooting comes six months after a gun attack killed 11 people at the Tree of Life synagogue in Pittsburgh . It was the worst anti-Semitic attack in recent US history.

“During the shooting, four individuals were wounded and transported to Palomar hospital,” he said. “One succumbed to their wounds. The other three are in stable condition.”

Mayor Steve Vaus said the rabbi had been shot in the hand.

“For this to happen only a week later at the end of the Passover, only a week after Easter is horrific,” he told MSNBC.

How did the attack happen?

Sheriff Gore said officers were called to the Chabad synagogue just before 11:30 (18:30 GMT) after the man opened fire with an “AR-15 type” assault rifle.

He said an off-duty border patrol officer fired at the suspect as he fled the scene in a vehicle, but did not hit him.

The suspect was later arrested by another officer, added San Diego chief of police David Nisleit.

“He clearly saw the suspect’s vehicle, the suspect jumped out with his hands up and was immediately taken into custody.” he said.

“As the officer was placing this 19-year-old male into custody, he clearly saw a rifle on the front passenger seat of the suspect vehicle.”

US Vice-President Mike Pence condemned the “evil and cowardly” shooting.

“At this moment it looks like a hate crime, but my deepest sympathies to all those affected and we’ll get to the bottom of it,” he said.

Minoo Anvari, whose husband was inside the synagogue, told the local CNN affiliate that the congregation was “standing together” in the wake of the attack.

Democratic Congresswoman Alexandria Ocasio-Cortez said on Twitter that she was “heartbroken” by the news.

Heartbroken to hear of the San Diego synagogue shooting, particularly so on this final day of Passover.

We have a responsibility to love + protect our neighbors.

The longer the Senate delays holding a vote on #HR8 , the more we put Americans at risk.https://t.co/ef9FURMFQ5