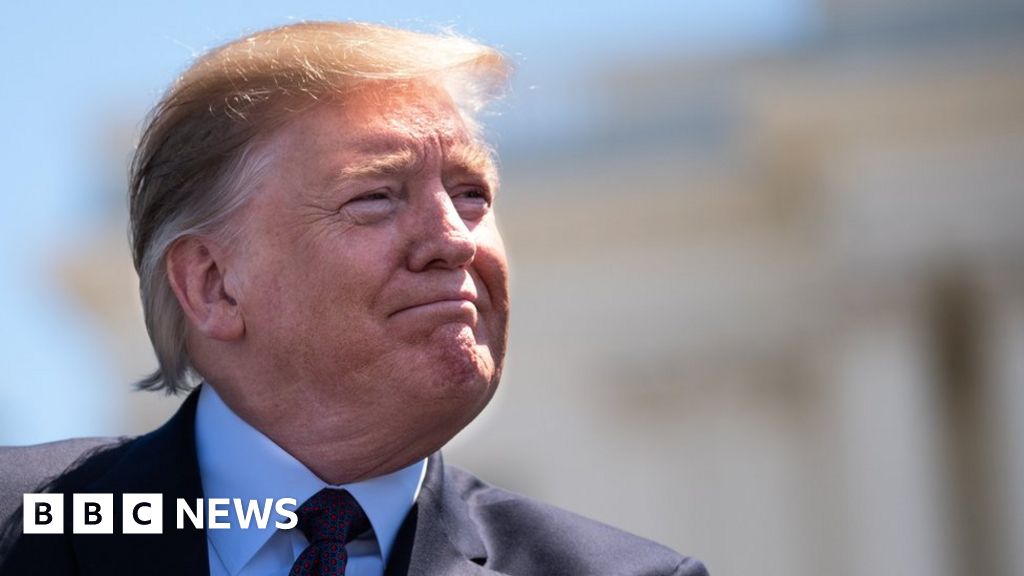 President Donald Trump has declared a national emergency to protect US computer networks from “foreign adversaries”.

He signed an executive order which effectively bars US companies from using foreign telecoms believed to pose national security risks.

The order does not name any company, but is believed to target Huawei.

The Chinese tech giant said restricting its business in the US would only hurt American consumers and companies.

Several countries, led by the US, have raised concerns in recent months that Huawei products could be used by China for surveillance

The US has been pressuring allies to shun Huawei in their next generation 5G networks.

In a separate move, the US commerce department added Huawei to its “entity list” – a move that bans the company from acquiring technology from US firms without government approval.

Correspondents say the moves are likely to worsen tensions between the US and China, which had already escalated this week with tariff hikes in a trade war.

Huawei has been at the epicentre of the US-China power struggle that has dominated global politics over the past year.

What does the order say?

According to a White House statement, Mr Trump’s order aims to “protect America from foreign adversaries who are actively and increasingly creating and exploiting vulnerabilities in information and communications technology infrastructure and services”.

It gives the secretary of commerce the power to “prohibit transactions posing an unacceptable risk to the national security”, the statement adds.

The move was instantly welcomed by Federal Communications Commission Chairman Ajit Pai, who said in a statement it was “a significant step toward securing America’s networks”.

The US had already restricted federal agencies from using Huawei products and has encouraged allies to shun them, while Australia and New Zealand have both blocked the use of Huawei gear in next-generation 5G mobile networks.

How has Huawei responded?

Huawei has said its work does not pose any threats and says it is independent from the Chinese government.

In a statement issued on Thursday the company said: “Restricting Huawei from doing business in the US will not make the US more secure or stronger.

“Instead, this will only serve to limit the US to inferior yet more expensive alternatives, leaving the US lagging behind in 5G deployment, and eventually harming the interests of US companies and consumers.”

On Tuesday, its chairman Liang Hua said it was “willing to sign no-spy agreements with governments” during a meeting in London, as concerns over the security of its products used in next-generation 5G mobile networks continued to grow.

What about the trade war?

Mr Trump’s latest move is also likely to inflame relations with China, which are already under strain because of the trade war.

The US president has complained about China’s trading practices since before he took office in 2016.

The US more than doubled tariffs on $200bn (£154.9bn) of Chinese goods on Friday and China retaliated with its own tariff hikes on US products.

This escalated the situation which only recently seemed to be nearing a conclusion.

However, stock markets steadied on Wednesday as hopes rose that the two countries might resume talks next month.

Mr Trump said he expected to meet his Chinese counterpart, Xi Jinping, at the G20 summit in Japan.