Tendon injuries sometimes get better within a few weeks, but more persistent cases can last for several months. 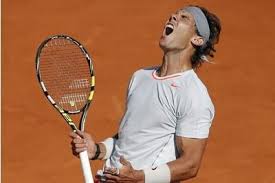 Self-care
Some tendon injuries can be cared for at home using the measures outlined below.

Rest
When you first injure your tendon, stop doing the activity that caused the injury and try to avoid any activities that cause your pain to get worse. This can help prevent any further damage and allow the tendon to heal. Some form of support, such as a bandage, splint or brace, may help prevent the affected body part moving. How long you need to rest for depends on which tendon is affected and how severely it’s damaged. Prolonged rest is generally considered unhelpful as this can lead to long-term stiffness, so you should aim to gradually restart exercise when your pain allows.

Regularly applying an ice pack to the affected area during the first few days after the injury may help ease the pain and swelling. Don’t put ice directly on your skin though, as it may cause a cold burn. Instead, wrap it in a towel or put a towel over the injured area before applying the ice pack. A bag of ice cubes or frozen vegetables wrapped in a towel works just as well.
Hold the ice pack on the affected area for around 15-20 minutes several times a day.

Painkillers
Mild pain can sometimes be treated with over-the-counter painkillers such as paracetamol or ibuprofen. These are available as tablets or capsules, although ibuprofen also comes as a gel you apply directly to the affected area. Before using these medications, check the leaflet that comes with them to see if they are suitable. Generally, ibuprofen shouldn’t be used for long periods and isn’t recommended for people with asthma, kidney disease or stomach ulcers.

Therapies and injections
See your GP if your symptoms are severe or are not getting better within a few weeks. They may be able to refer you for one of the more specialist treatments described below. 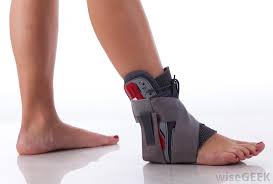 Physiotherapy for tendon injuries often involves a special exercise programme to help stretch and strengthen the injured tendon and surrounding muscles. A physiotherapist may also be able to arrange an assessment of how you perform certain activities, such as running. You can then be advised of ways to improve any problems with your technique and posture that may have contributed to your injury.

Corticosteroid injections
Corticosteroids can be injected around injured tendons to reduce pain and inflammation. They can also be combined with local anaesthetic to further relieve pain. However, while these injections can help reduce pain, they aren’t effective for everyone and the effect sometimes only lasts a few weeks. The injections can be repeated if they help, but a gap of at least six weeks between treatments, and a maximum of three injections into one area, is usually recommended because frequent injections can cause side effects. Possible side effects include the weakening of the tendon (which can increase the risk of rupturing or tearing), and thinning and lightening of the skin.

Extracorporeal shock wave therapy
Extracorporeal shock wave therapy (ESWT) may be a treatment option for some tendon injuries that haven’t responded to other treatments. It involves passing shock waves through your skin to the affected area. This may be carried out over one or more sessions, and local anaesthetic may be used to numb the area first. It’s not clear exactly how ESWT works, but in some cases it helps break up deposits that have built up on an injured tendon and it may help promote healing.
Possible risks of ESWT include:

Surgery
Surgery may be an option for some tendon injuries, but this is often only considered as a last resort because it’s not always effective and carries a risk of complications such as wound infections, scarring and rupturing of the affected tendon.
Surgery can be used to:

Increasingly, tendon operations in the shoulder and knee are carried out using a technique called arthroscopy. This is a type of keyhole surgery where special surgical instruments and a long, thin tube containing a camera are inserted through small cuts in your skin. Arthroscopy can reduce scarring and allow you to recover more quickly, but it will often still be several weeks or months before you can return to your normal activities.