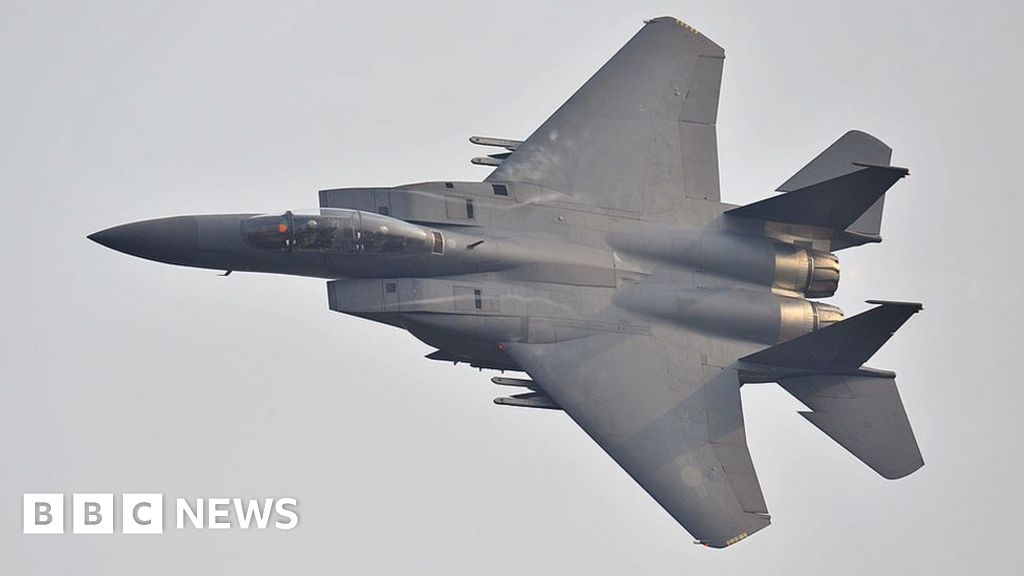 South Korea says its jets fired warning shots at a Russian surveillance plane that entered its airspace on Tuesday.

Officials said the plane twice violated the airspace over the disputed Dokdo/Takeshima islands, which are occupied by South Korea but also claimed by Japan.

Moscow said two of its bombers carried out a planned drill over “neutral waters” and denied any warning shots were fired by South Korean jets.

This is the first incident of its kind between Russia and South Korea.

What does South Korea say happened?

It said this group was made up of two Russian Tu-95 bombers, one Russian A-50 surveillance plane and two Chinese H-6 bombers.

Russian and Chinese bombers and reconnaissance planes have occasionally entered the zone in recent years.

Overseas aircraft should identify themselves before entering an air defence zone.

South Korea said one of the Russian planes – the A-50 – flew beyond the KADIZ and entered the country’s territorial airspace at around 09:00 local time (00:00 GMT).

South Korean F-15 and F-16 planes were deployed to intercept it.

The military said it fired 10 flares and 80 machine-gun rounds during the alleged first violation.

It said the Russian plane then left before circling back round again, when it was met by 10 more South Korean flares and 280 machine-gun rounds.

In its statement, Russia only mentioned two bomber planes. It did not specifically acknowledge the accusation that it had also sent an A-50 that violated South Korean airspace.

Japan meanwhile has protested against both Russia and South Korea.

Because it claims sovereignty over the islands, Japan’s government said that Russia had violated its airspace. It also said that South Korea’s response was extremely regrettable.

What are these defence zones?

An air defence identification zone (ADIZ) is an airspace which a country seeks to monitor on grounds of national security.

It usually extends well beyond national airspace to allow for sufficient warning of a potential threat.

But ADIZs are not governed by international law and the self-defined boundaries can be disputed or overlap with other countries’ claims, which may lead to violations. This is the case in the East China Sea region, where South Korea, China and Japan all have overlapping ADIZs.

Meanwhile, under UN conventions, countries control airspace above their territory and territorial waters (up to 12 nautical miles from the coast).

In this case, South Korea claims Russia went beyond its ADIZ and into the territorial airspace surrounding the islands.

But other nations do not recognise South Korea’s claim of sovereignty.

What has the response been?

The head of South Korea’s National Security Office, Chung Eui-yong, has lodged a strong objection with the Security Council of Russia, and asked the council to take appropriate action.

“We take a very grave view of this situation and, if it is repeated, we will take even stronger action,” the South Korean president’s office quoted Mr Chung as saying.

The Japanese government has lodged a complaint against South Korea and Russia.

Russia later confirmed it had been conducting its first joint long-range air patrol in the region with China, according to Reuters news agency.

China has insisted South Korea’s air defence identification zone is not territorial airspace and so all countries can move within it.

So was this a mistake? Did this Russian plane accidentally stray into South Korean territory?

Officials in South Korea said it was an A-50 aircraft, a type of warning and control plane that is capable of carrying out surveillance and tracking targets on the ground and in the air.

They said it encroached on South Korean territorial airspace not just once – but twice.

It is also worth noting that the Russian aircraft appeared to have been taking part in exercises with the Chinese. In recent years, Seoul has become increasingly concerned about China’s incursion in its airspace, including the use of spy planes, and has raised the issue with Beijing.

Last year, China’s People’s Liberation Army took part in Russia’s large-scale VOSTOK military exercises for the first time. It was a chance to show off their alliance and combined strength. They have done that again now, over the Korean peninsula – perhaps either testing or prodding a US ally, just as Donald Trump’s National Security Advisor John Bolton arrives in Seoul.