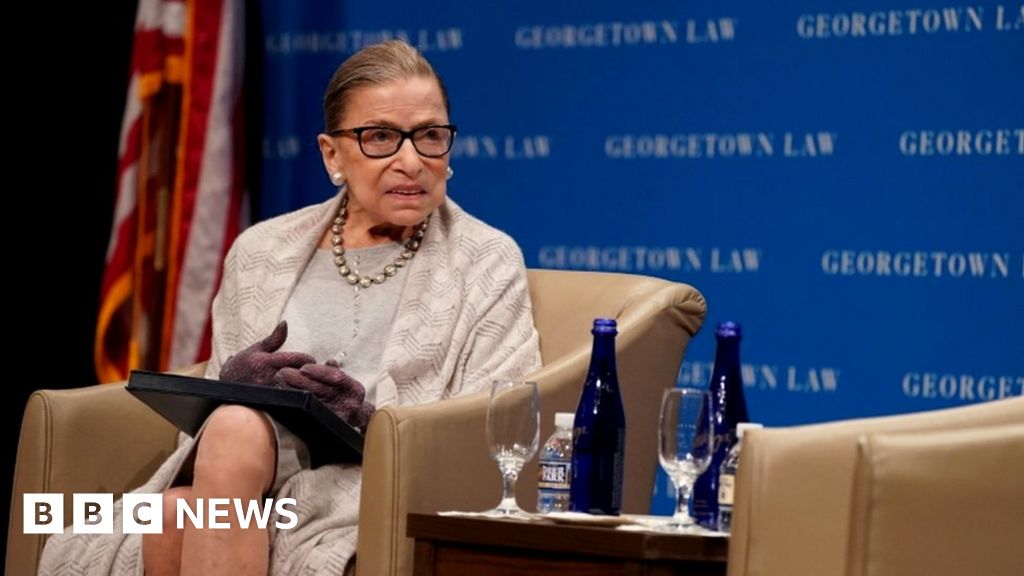 US Supreme Court Justice Ruth Bader Ginsburg has said she is undergoing chemotherapy for a recurrence of cancer.

In a statement, the 87-year-old judge said the treatment was having “positive results” and she was “fully able” to continue in her post.

Ms Ginsburg said a scan had revealed lesions on her liver, but the chemotherapy had helped to reduce them.

As the court’s most senior liberal justice, her health is closely watched.

She has received hospital treatment a number of times in recent years but has returned swiftly to work on each occasion.

“On May 19, I began a course of chemotherapy to treat a recurrence of cancer,” Ms Ginsburg said in her statement.

“The chemotherapy course… is yielding positive results,” she added. “My most recent scan on 7 July indicated [a] significant reduction of the liver lesions and no new disease.”

“I am tolerating chemotherapy well and am encouraged by the success of my current treatment,” she said. “I will continue bi-weekly chemotherapy to keep my cancer at bay.”

Supreme Court justices serve for life or until they choose to retire, and supporters have expressed concern that if anything were to happen to Ms Ginsburg a more conservative judge might replace her while Republican President Donald Trump remains in office.

“I have often said I would remain a member of the Court as long as I can do the job full steam,” Ms Ginsburg said in the statement. “I remain fully able to do that.”

In May, Ms Ginsburg underwent non-surgical treatment for a benign gallbladder condition, and participated in the Supreme Court’s oral arguments from hospital. She has been treated for cancer four times in 20 years, including two separate bouts last year.

Earlier this week, she was released from Baltimore’s Johns Hopkins Hospital after a day of treatment for a possible infection. Ms Ginsburg is now “home and doing well”, the court said on Tuesday.

Despite her several health setbacks, Ms Ginsburg had not missed a single day of oral arguments in her 25 years on the court until last January, when she worked from home while recovering from surgery.

Ms Ginsburg, the second woman ever nominated to the Supreme Court, is revered by liberal America. Over time, as the bench has become more conservative, she has increasingly moved to the left, becoming famous for her spirited dissents.