Liverpool will play twice in the final week of the Premier League season after the rearranged fixtures were announced.

Jurgen Klopp’s quadruple-chasing side will now travel to Southampton on 17 May, three days after their FA Cup final against Chelsea.

They end the league season against Wolves at Anfield on 22 May.

Title rivals and leaders Manchester City face West Ham at the London Stadium on 15 May before finishing at home to Aston Villa, also on 22 May. 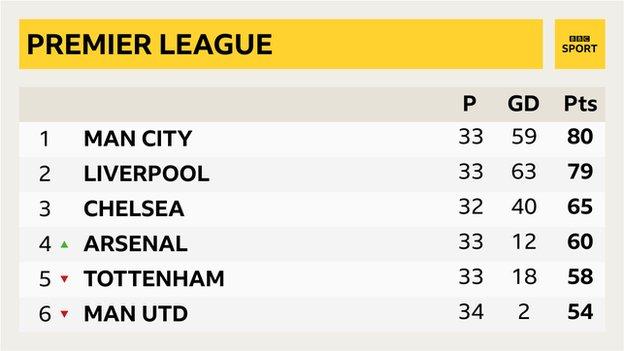 City’s rearranged fixture from April sees them play Wolves away on 11 May, meaning they face three league games in seven days.

Liverpool’s match against Southampton was rearranged after they secured their place in the FA Cup final at Wembley on 14 May.

This season’s Carabao Cup winners trail City by just one point in the Premier League with five games remaining.

Both sides are still in contention to challenge for the Champions League crown, with the final taking place after the Premier League season ends on 28 May.