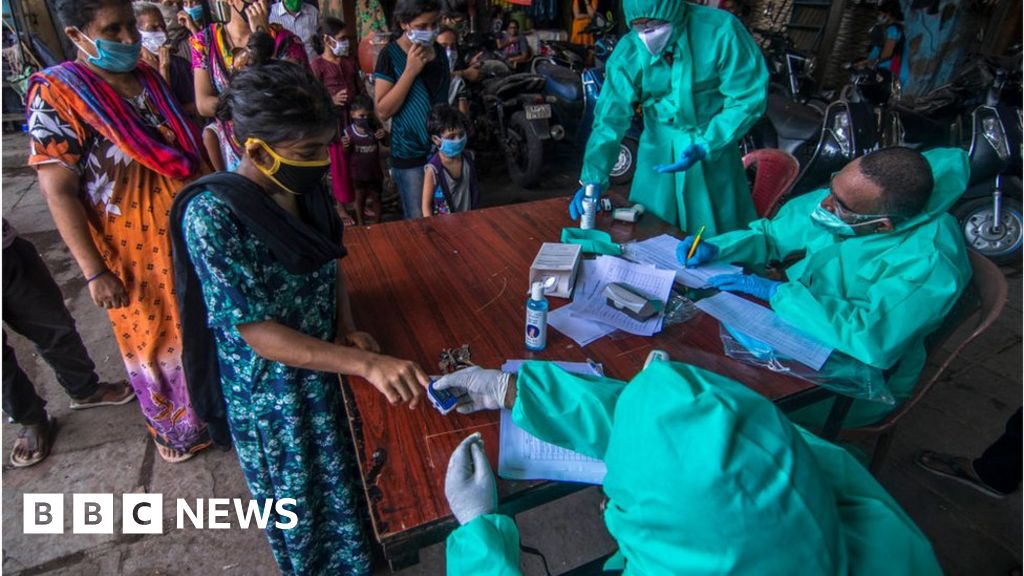 India’s financial capital, Mumbai, has recorded 51,000 cases of Covid, taking it past the peak in Wuhan, where the virus first emerged.

The news comes amid a surge of infections in India, which has 266,598 confirmed cases.

Maharashtra state, of which Mumbai is the capital, has 90,000 of them.

Infections are also spiking in the capital Delhi, where authorities have said they expect to see more than half a million cases by the end of July.

The surge coincides with India’s decision to relax restrictions after three months of a stringent lockdown that was intended to curb the spread of the virus.

On 8 June, shopping malls, places of worship and offices were allowed to reopen. Before that, shops, market places and transport services had all been allowed to operate as well.

But experts say that there was no other option but to lift the lockdown, which exacted a massive economic toll on the country.

Millions have already lost their jobs and livelihoods, businesses are shutting down, and the fear of hunger drove masses of daily-wage migrant workers to flee cities -mostly on foot because public transport was halted overnight.

Many of them died of exhaustion and starvation, in what has been called a human tragedy.

For weeks, India’s relatively low Covid-19 numbers had baffled experts. Despite the dense population, disease and underfunded public hospitals, there was no deluge of infections or fatalities.

Low testing rates explained the former, but not the latter. The hope – which also encouraged the government to lift the lockdown – was that most of India’s undetected infections would not be severe enough to require hospitalisation.

But the number of rising cases shows that the country could simply be witnessing a late peak in cases, experts say.

What is concerning them however, is that even though states were using the lockdown period to ramp up health facilities, hospitals in major cities are being overwhelmed. There are allegations that many patients with Covid-like symptoms are being turned away.