Manchester City are heading back to Wembley for their fourth successive Carabao Cup final and the way they got past Manchester United on Wednesday felt like a real statement about their current mood and momentum.

City’s impressive weekend win at Chelsea was their first victory of the season against one of the usual top-six clubs and was a mark of their recent improvement.

But that was against a Chelsea side who had just hit something of a slump – this time they were up against a resurgent United team who were on a roll and have been flying up the Premier League.

Not for the first time, though, City boss Pep Guardiola got his shape right and his team produced a brilliant performance against their rivals despite missing several key players through illness or injury.

Collectively, City were superb – things went their way because everyone did their job – but there were some big individual displays in there too, from Ruben Dias and John Stones at the back and Fernandinho just in front of them.

As Stones rightly said afterwards, it was a display that City legend Colin Bell, who sadly passed away on Tuesday, would have been proud of.

Fluid City stay solid at the back 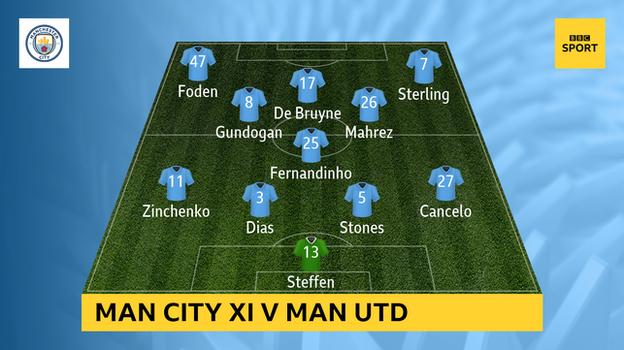 City’s formation was extremely fluid throughout the 90 minutes but Guardiola started with Raheem Sterling and Phil Foden high and wide and, inside them, Kevin de Bruyne, Ilkay Gundogan and Riyad Mahrez were all trying to get forward.

He has gone with two holding midfielders in other big games this season – the stalemate the last time they came to Old Trafford, in December, for example.

This time Fernandinho was on his own, but the other three midfielders were always tracking back to help him and all of them covered plenty of ground. There were times when De Bruyne was collecting the ball off his defenders, but he was also storming down the right-hand side.

It felt like the Belgian was everywhere, but he was in the number 10 position for what was his best moment – when he showed amazing technique to dig the ball out from under him and smash his shot against the post in the first half.

But, for all City’s possession and the way they were moving United around before the break, they were not testing Dean Henderson enough – which was why Guardiola was looking so frustrated.

That changed in the second half, and it was great to see Stones break the deadlock. His revival shows how dramatically footballing fortunes can change, and he is brimming with confidence at the moment.

Once City got the lead, Mahrez took up that central attacking role and Foden and Sterling dropped in to make it five in midfield and try to give City a block right across the pitch. It worked. 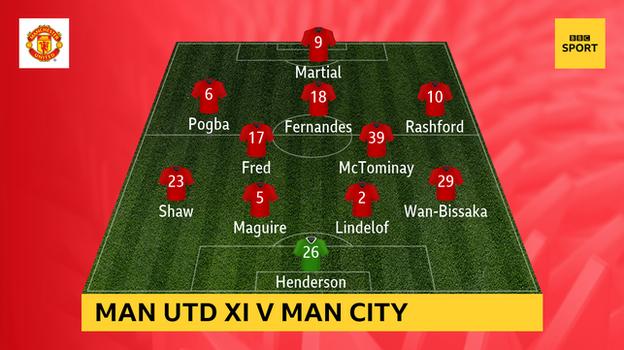 After a couple of early scares where Marcus Rashford escaped down the right, City’s defensive line had been solid anyway, but United were kept at arm’s length even when they came out looking for an equaliser.

Rodri was brought on to close the door completely, and then Fernandinho capped his night off with the second goal to make absolutely sure of victory, and book that trip to Wembley to play Tottenham on 25 April.

You could see how much it meant to the manager and his players from the way they celebrated at the final whistle.

A big month ahead in the title race 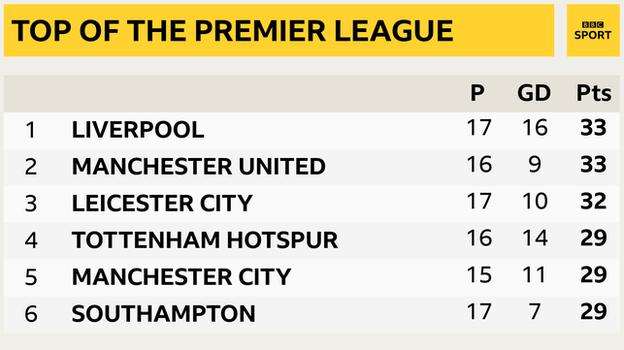 City will pick up their Premier League challenge again next week, and they look like they are in good shape to close the gap on the leaders.

This feels like a different City team to the one that was struggling to see off sides earlier in the season, and they are about to start a run of fixtures where you’d expect them to pick up a lot of points if they carry on playing as well as this.

They don’t face another top-six team until they go to Anfield to play Liverpool on 6 February, but they play a lot of games in the next few weeks and I still think they have to be mindful about how that busy schedule could take its toll.

We have already seen how unpredictable this season has been, and I am sure there are more twists and turns ahead.

Avoiding illness and injury is going to play a big part in the title race, so City are right to be cautious about getting the likes of Sergio Aguero and Gabriel Jesus back to full fitness, because they need them to stay healthy for the months ahead.

Something has got to give in a condensed campaign like this one and, although he always sets out to win every trophy possible, maybe Guardiola’s team selection in the FA Cup might reflect that.

He has got to protect his squad because of the amount of games they have coming up and we might see him do that in Sunday’s third-round tie against Birmingham – he could give more youngsters a run-out than he usually would.