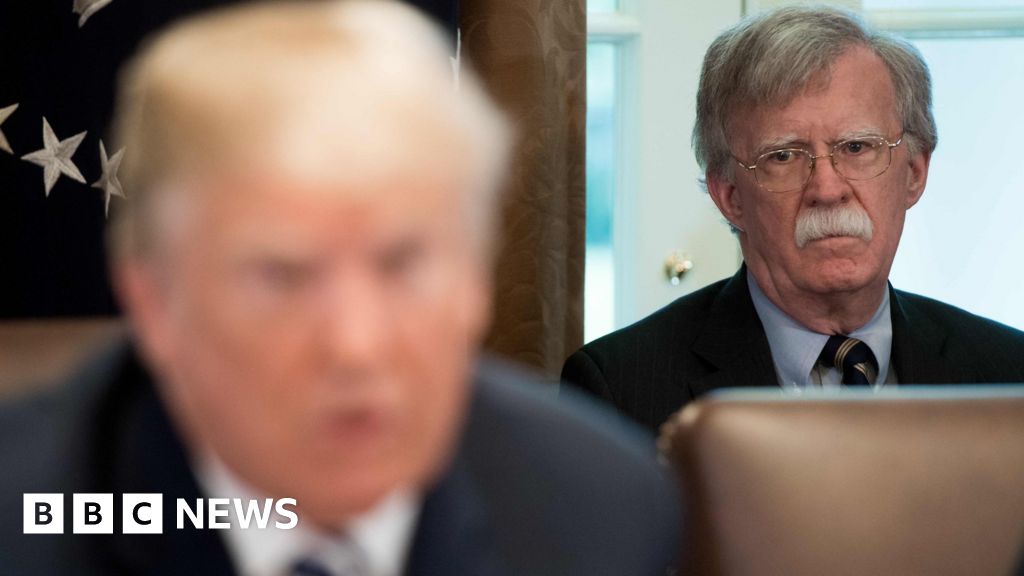 A US judge has rejected a request by President Donald Trump to stop the publication of a memoir by his former National Security Adviser, John Bolton.

The justice department argued that the book had not been properly vetted.

Judge Royce Lamberth of the US District Court in Washington DC said Mr Bolton had “gambled” with US national security and “exposed his country to harm” .

But he ruled that the government had “failed to establish that an injunction would prevent irreparable harm”.

Hundreds of thousands of copies of the book – The Room Where It Happened – have been printed and distributed, and are due to go on sale on Tuesday.

In the memoir Mr Bolton paints a picture of a president whose decision-making was dominated by a desire to be re-elected in November.

Mr Trump has said the book is “made up of lies and fake stories”.

What did the judge’s ruling say?

The justice department’s lawyers argued that Mr Bolton had breached an obligation to complete a pre-publication review of his manuscript to ensure that it contained no classified information.

Mr Bolton’s lawyers dismissed the claim. They insisted that the manuscript was thoroughly examined and that Mr Trump simply did not like the contents.

In his ruling published on Saturday, Judge Lambert wrote: “In taking it upon himself to publish his book without securing final approval from national intelligence authorities, Bolton may indeed have caused the country irreparable harm.”

“But in the internet age, even a handful of copies in circulation could irrevocably destroy confidentiality. A single dedicated individual with a book in hand could publish its contents far and wide from his local coffee shop. With hundreds of thousands of copies around the globe – many in newsrooms – the damage is done. There is no restoring the status quo.”

Shortly after the decision, Mr Trump alleged on Twitter that Mr Bolton “broke the law by releasing Classified Information (in massive amounts)” .

“He must pay a very big price for this, as others have before him. This should never to happen again!!!” the president added.

What is in the book?

Among the book’s allegations, which are based on private conversations and are impossible to verify, are that: