Coronavirus: US officials warn ‘this is just the beginning’ 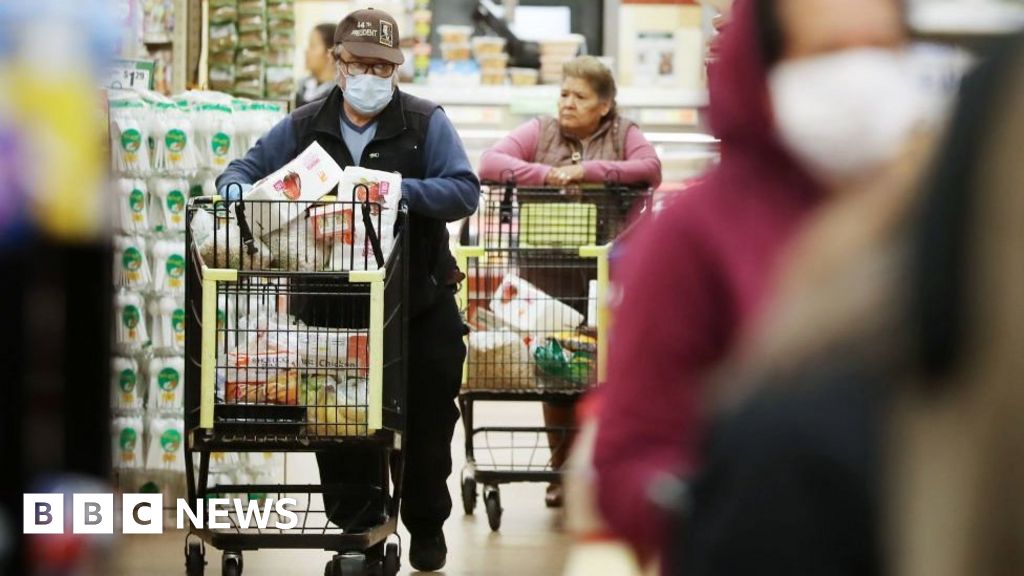 Health officials across the US have expressed growing concern about the nation’s ability and willingness to slow or end the coronavirus pandemic.

A Centers for Disease Control and Prevention expert said on Monday the US has “way too much virus” to control.

It comes as top US disease expert Anthony Fauci, who is due to testify to Congress, says an “alarmingly large” number of Americans are “anti-science”.

Many US states have paused reopenings as their infection caseloads balloon.

On Tuesday, cases rose by more than 40,000 in one day for the fourth time in the past five days.

The surge – which is occurring particularly strongly in southern and western states – has forced at least 16 states to pause or reverse their reopening plans, according to CNN.

For some the new measures come over a month after they first began to reopen their economies.

Dr Anne Schuchat, principal deputy director of the Centers for Disease Control and Prevention (CDC), warned that the US is not responding like other countries who have shown success in containing the coronavirus, and has allowed the virus to spread much more widely and rapidly.

“We’re not in the situation of New Zealand or Singapore or Korea where a new case is rapidly identified and all the contacts are traced and people are isolated who are sick and people who are exposed are quarantined and they can keep things under control,” Dr Schuchat said in an interview with The Journal of the American Medical Association on Monday.

“We have way too much virus across the country for that right now, so it’s very discouraging.”

New Zealand declared the country infection-free on 8 June, and since then has had to contain several cases that came from international travellers. South Korea has aggressively employed contact tracers, and since 1 April has recorded fewer than 100 cases per day. Singapore’s outbreak peaked in mid-April when 1,400 new cases were reported in one day.

The US has recorded 2,682,897 confirmed cases of coronavirus as of Tuesday, according to Johns Hopkins University, and has a total of 129,544 deaths.

“This is really the beginning,” Dr Schuchat added.

“I think there was a lot of wishful thinking around the country that, ‘hey it’s summer’. Everything’s going to be fine. We’re over this and we are not even beginning to be over this. There are a lot of worrisome factors about the last week or so.”

On Tuesday, Dr Anthony Fauci, the director of the National Institute of Allergy and Infectious Diseases – along with CDC Director Robert Redfield – are testifying to the Senate on the subject of “getting back to work and school”.

Dr Fauci warned on Monday that the US is “unlikely” to develop herd immunity to the coronavirus even once a vaccine is available, which he earlier predicted could be available by early 2021.

He said this was due to the combination of a vaccine that is potentially only partially effective, and the large number of Americans who might refuse to get it.

“There is a general anti-science, anti-authority, anti-vaccine feeling among some people in this country – an alarmingly large percentage of people, relatively speaking,” he said, calling for more education to promote confidence in vaccines.

Dr Fauci added that he would gladly “settle” for a vaccine that is only 70% to 75% effective at first.

According to the CDC website, herd immunity is reached when “a sufficient proportion of a population is immune to an infectious disease (through vaccination and/or prior illness) to make its spread from person to person unlikely”.