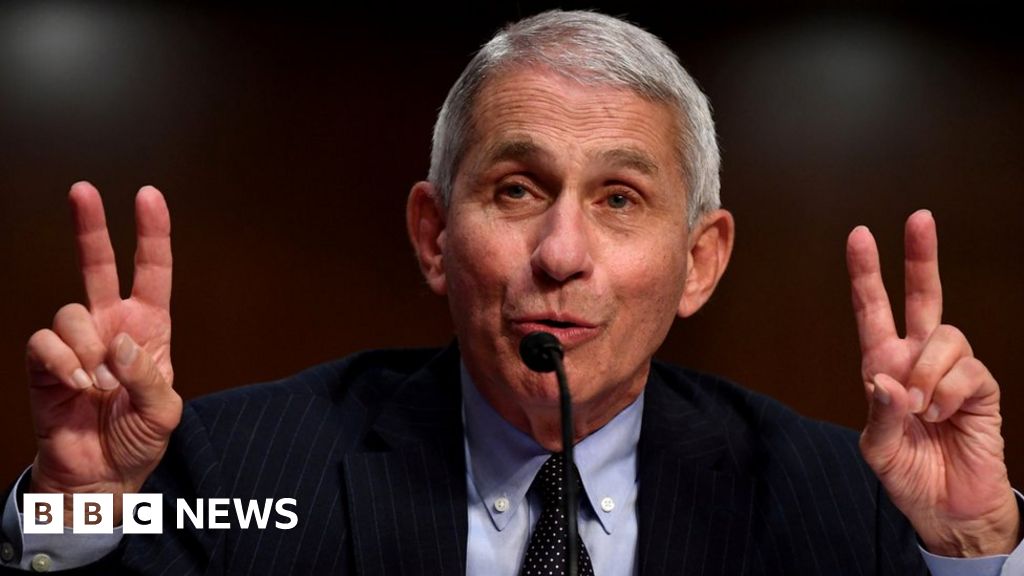 US infectious disease expert Dr Anthony Fauci has described recent efforts by the Trump administration to discredit him as “bizarre” and “nonsense”.

“Ultimately, it hurts the president to do that,” Dr Fauci said in an interview with The Atlantic. “It doesn’t do anything but reflect poorly on them.”

But on Wednesday Mr Trump insisted he had a “good relationship” with him.

“We’re all in the same team including Dr Fauci,” he said. “We want to get rid of this mess that China sent us, so everybody’s working on the same line and we’re doing very well.”

The White House statement attacking Dr Fauci criticised him for what it said was conflicting advice on face coverings and remarks on Covid-19’s severity.

Responding to the criticism, Dr Fauci told The Atlantic that targeting him was “completely wrong” .

“I cannot figure out in my wildest dreams why they would want to do that,” he said.

“I think they realise now that that was not a prudent thing to do, because it’s only reflecting negatively on them,” he added.

The top government expert on infectious diseases took the high road in his first public comments after White House officials, both on and off the record, questioned his professional judgement and handling of the coronavirus pandemic.

Dr Fauci acknowledges that the advice and analysis he has provided has shifted over time, but he insists his recommendations have always been based on the latest science.

Those views have sometimes led to clashes with the president, who has attempted to shift focus to rebuilding a US economy that has been devastated by the pandemic. Dr Fauci has said that the top priority must be controlling the spread of the virus and recent reopening steps have set those efforts back.

Such blunt talk has helped make Dr Fauci a popular figure during the pandemic, and that alone may be behind some of the resentment that is simmering within the White House.

The swipes at Dr Fauci, however, seem destined to be counter-productive. With a general election just a few months away the Trump campaign needs a consistent public message – and an administration attacking one of its own, then distancing itself from those attacks, may only promote a message of chaos and confusion.

Dr Fauci was also criticised by Peter Navarro, Mr Trump’s top trade adviser, in an opinion piece for USA Today in which he said the disease expert had been “wrong about everything I have interacted with him on”.

However, the White House distanced itself from Mr Navarro’s remarks , with communications chief Alyssa Farah tweeting that the article “didn’t go through normal White House clearance processes” and was “the opinion of Peter alone”.

Asked about Mr Navarro’s piece as he departed the White House for Atlanta, Mr Trump said he should not have written it.

“Well he made a statement representing himself. He shouldn’t be doing that,” he said.

In his interview with The Atlantic, Dr Fauci said he was not thinking of resigning over the attacks on him.

“I think the problem is too important for me to get into those kinds of thoughts and discussions. I just want to do my job. I’m really good at it. I think I can contribute. And I’m going to keep doing it,” he said.

Dr Fauci’s comments come after reports that as of 15 July, US hospitals will have to report Covid-19 patient data to the federal health agency in Washington instead of the Centers for Disease Control (CDC).

The CDC, the US’s top public health institute, has until now been responsible for handling data about the pandemic from its hospital network.

Health experts have expressed concerns that data will be politicised, become less transparent and possibly affect the work of researchers and modellers.

The US has reported more than 3.4 million cases of coronavirus, and more than 136,000 deaths nationwide, according to Johns Hopkins University.