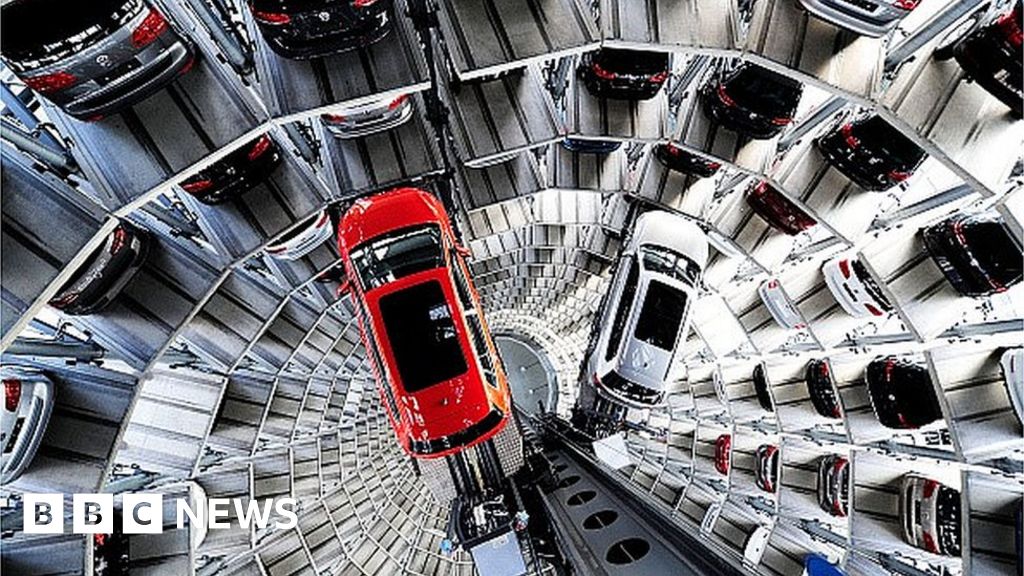 Germany’s economy shrank by 2.2% in the first three months of this year as the coronavirus pandemic pushed it into recession, official figures indicate.

It was the biggest quarterly fall since 2009, when the country was engulfed in the global financial crisis.

The figures from the Federal Statistics Office come as Germany takes its first tentative steps to exit lockdown.

Shops are reopening, pupils will gradually return to class and football is restarting behind closed doors.

At the same time, figures for the final three months of 2019 were revised to show a contraction of 0.1%.

That means German GDP growth has been negative for two successive quarters, the technical definition of a recession.

The German economy was already lacklustre before the onset of the pandemic, as the US-China trade war cast a shadow over activity, our correspondent points out.

The statistics office warned that the figures were subject to extreme uncertainty, with the next estimate due out on 25 May.

Germany is Europe’s largest economy, but the drop is not as bad as in some of its neighbours, such as France, which has seen a decline of 5.8%, and Italy, which reported a 4.7% fall.

This effect is partly due to a decision by Germany’s 16 states to allow factories and construction sites to stay open, as well as an unprecedented rescue package by the government.

Economists expect a deeper slump in the second quarter of the year, as the full effects of the lockdown become apparent.

Separate growth figures released by EU statistics office Eurostat for the eurozone as a whole confirmed an earlier estimate showing a record decline of 3.8% in the January-to-March period.

Eurostat also issued figures showing a 0.2% fall in eurozone employment, the first such decline since 2013.

“The German economy has been tiptoeing on the edge of recession since the beginning of 2019, but it can hide no longer,” said Claus Vistesen, chief eurozone economist at Pantheon Macroeconomics.

“The German business cycle expansion, which started in 2013, ended decisively in Q1, and more pain is ahead in the near term before the recovery.”