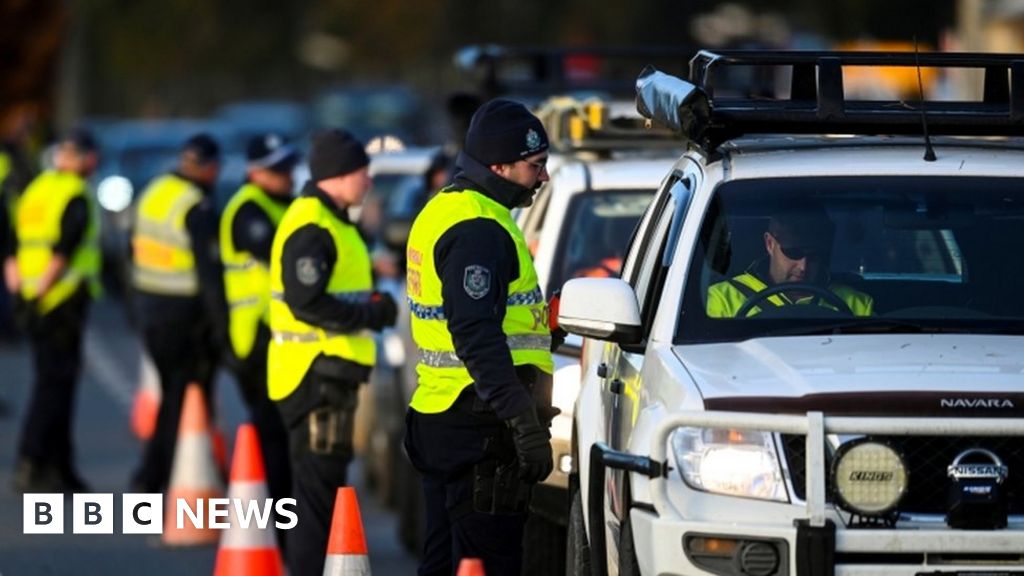 Australia’s second-largest city has begun a second lockdown in response to a spike in new coronavirus infections.

Five million Melbourne residents will be barred from leaving home for six weeks, except for essential reasons.

Police say they are setting up a “ring of steel” around the city, with “checkpoints anytime and anywhere” to enforce the measures.

Borders between Victoria, of which Melbourne is the capital, and neighbouring states closed on Tuesday.

“The rest of the country knows that the sacrifice that you’re going through right now is not just for you and your own family, but it’s for the broader Australian community,” he said during a news conference.

Mr Morrison also said he was proposing measures to slow the return of Australian nationals from overseas.

Wednesday’s figure was down to 134, but still much higher than numbers in the rest of the country.

Australia has recorded almost 9,000 cases and 106 deaths from the virus.

Meanwhile, Australian media reported that passengers on a flight from Melbourne to Sydney disembarked on Tuesday night without being screened.

New South Wales state has banned travel from the greater Melbourne area except under exceptional circumstances, and the passengers should have been required to self-isolate for two weeks.

What are the new restrictions?

People will be kept to their homes and will only be able to leave for essential reasons, such as for work, exercise and shopping for food and other necessities.

Schools will largely return to distance learning and restaurants will, once again, only be permitted to serve takeaway food.

However, shops and hairdressers will remain open.

The lockdown covers only Melbourne and an area to the north called the Mitchell Shire, but the state as a whole has been sealed off from the neighbouring states of New South Wales and South Australia.

Police and troops have been stationed at border crossings and patrol the vast borders with drones and other aircraft.

As of Thursday, they will also be doing random checks on vehicles in and around the city.

How did it come to this?

For months Australia had felt optimistic about containing Covid-19, then came the resurgence of the virus in Melbourne.

At the weekend, Melbourne authorities locked down about 3,000 people living in nine housing-estate tower blocks after at least 23 cases of infection were found. Dozens more have been found since.

Residents were told not to leave their homes under any circumstances for five days.

A looser lockdown was placed on about 300,000 city residents, now extended to the whole city.

What concerns the authorities is that local transmission is now the key source of infections.

Previously, most cases came from travellers returning from overseas.

Other Australian states have dramatically slowed or eradicated the virus, but in Victoria private security guards overseeing hotel quarantines reportedly broke the rules.

The government has ordered a judicial inquiry into the state’s quarantine operation and has fired contractors.

Have you been placed under stay-at-home restrictions in Melbourne? Tell us about your experience by emailing [email protected].