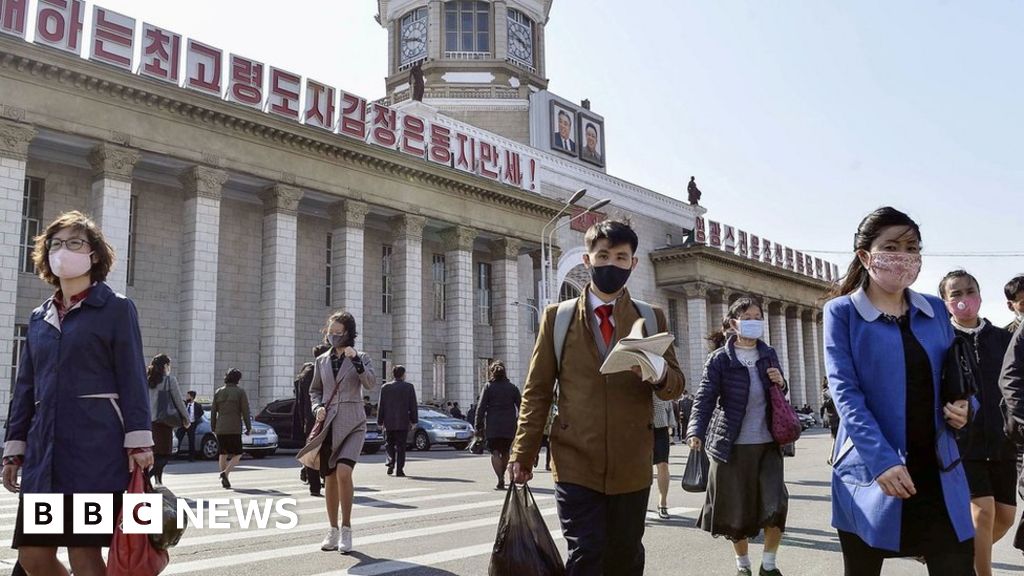 China’s president has expressed concern about the threat of the coronavirus to North Korea and offered help.

Xi Jinping was responding to a message that he received from the North Korean leader, Kim Jong-un.

North Korea’s government maintains that there has not been a single confirmed case there, though analysts have questioned whether that is possible.

North Korea was the first country to suspend tourism and to shut its borders in response to the virus, in the third week of January.

The country has a fragile health system, which experts fear would be quickly overwhelmed by even a small outbreak of Covid-19.

In his “verbal message of thanks”, Mr Xi said he highly appreciated Mr Kim’s support during China’s outbreak and “showed his personal attention to the situation of the pandemic and people’s health” in North Korea, according to state media.

Mr Xi called for more efforts to strengthen co-operation in preventing the spread of the coronavirus, and said China was “willing to continue to provide assistance within its own capacity for [North Korea] in the fight against Covid-19”.

On Friday, North Korean state media reported that Mr Kim had sent a verbal message to the president that “congratulated him, highly appreciating that he is seizing a chance of victory in the war against the unprecedented epidemic”.

Mr Kim recently went 20 days without appearing in public, and missed the celebration of his grandfather’s birthday – one of the biggest events of the year.

Some media reports claimed he was “gravely ill”, or even dead.

But he then appeared at a fertiliser factory on 2 May – apparently in good health.

On Wednesday, South Korea’s National Intelligence Service told a parliamentary committee that there had been no signs the health rumours were true.

“He was performing his duties normally when he was out of the public eye,” a member of the committee, Kim Byung-kee, told reporters afterwards.

The lawmaker said the North Korean leader’s absence could have been down to a Covid-19 outbreak that the authorities in Pyongyang had not reported.

For months, North Korea-watchers have questioned Pyongyang’s claims that it has managed to isolate itself from Covid-19.

Admittedly, North Korea was the first country to suspend travel in response to the virus. There are unconfirmed reports that North Korean guards have been ordered to shoot at those who try to cross the lengthy border the North shares with China. However, it will be difficult to completely seal that dividing line for long. North Korea’s underground economy relies on illicit trade with Chinese entrepreneurs.

Beijing has a few good reasons for wanting to help North Korea. On a practical level, China needs to supress a possible Covid-19 outbreak there if it wants to keep its own population healthy. Beijing also worries about what might happen inside North Korea if the virus takes hold. The North’s decrepit health system would quickly be overwhelmed by an outbreak of Covid-19, and that could threaten the fragile Kim Jong-un regime. Beijing has been Pyongyang’s biggest aid donor for decades, and it will continue to do what it can to keep Mr Kim in power. The alternatives to Kim Jong-un are much riskier for China, which does not want change on its doorstep.

China’s global political interests are also at play. Diplomatically, Mr Xi’s public exchange with Kim Jong-un underlines the seemingly close ties between China and North Korea. Pyongyang has been slow to accept public offers of help from the United States, and peace talks with Washington have stalled. Beijing might also try to capitalise on this moment, irritating Washington by reasserting itself as North Korea’s “true” ally in a time of need.

Seventeen of them are linked to a 29-year-old man who tested positive after spending time at five nightclubs and bars in Seoul’s Itaewon leisure district last weekend, the Yonhap news agency said.

“Carelessness can lead to an explosion in infections – we clearly realised this through the group infections seen in the Itaewon club case,” Mr Park said.

Health officials have urged people who have visited the five venues in Itaewon to self-isolate and get tested to prevent additional transmissions. At least 1,500 people signed their entry logs, according to Yonhap.

The new infections brought the nationwide total to 10,840, while the death toll remained unchanged at 256.