There is no single cause of depression. You can develop it for different reasons and it has many different triggers.

For some, an upsetting or stressful life event – such as bereavement, divorce, illness, redundancy and job or money worries – can be the cause.

Often, different causes combine to trigger depression. For example, you may feel low after an illness and then experience a traumatic event, such as bereavement, which brings on depression. 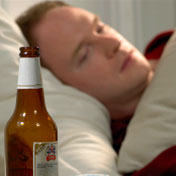 People often talk about a “downward spiral” of events that leads to depression. For example, if your relationship with your partner breaks down, you’re likely to feel low, so you stop seeing friends and family and you may start drinking more. All of this can make you feel even worse and trigger depression.

Some studies have also suggested you’re more likely to get depression as you get older, and that it’s more common if you live in difficult social and economic circumstances.

Most people take time to come to terms with stressful events, such as bereavement or a relationship breakdown. When these stressful events happen, you have a higher risk of becoming depressed if you stop seeing your friends and family and you try to deal with your problems on your own.

You may have a higher risk of depression if you have a longstanding or life-threatening illness, such as coronary heart disease or cancer.

Head injuries are also an often under-recognised cause of depression. A severe head injury can trigger mood swings and emotional problems.

Some people may have an underactive thyroid (hypothyroidism) resulting from problems with their immune system. In rarer cases a minor head injury can damage the pituitary gland, a pea-sized gland at the base of your brain that produces thyroid-stimulating hormones.

This can cause a number of symptoms, such as extreme tiredness and a loss of interest in sex (loss of libido), which can in turn lead to depression.

You may be more vulnerable to depression if you have certain personality traits, such as low self-esteem or being overly self-critical. This may be because of the genes you’ve inherited from your parents, or because of your early life experiences.

If someone else in your family has suffered from depression in the past, such as a parent or sister or brother, then it’s more likely you will too.

Some women are particularly vulnerable to depression after pregnancy. The hormonal and physical changes, as well as added responsibility of a new life, can lead to postnatal depression.

Becoming cut off from your family and friends can increase your risk of depression.

Some people try to cope when life is getting them down by drinking too much alcohol or taking drugs. This can result in a spiral of depression.

Cannabis helps you relax, but there is evidence that it can bring on depression, especially in teenagers.

And don’t be tempted to drown your sorrows with a drink. Alcohol is categorised as a “strong depressant” and actually makes depression worse.