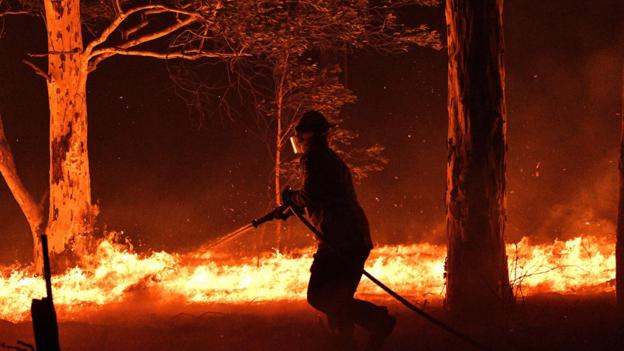 Medical experts will monitor air quality during the ATP Cup in Australia as bushfires rage close to the tournament’s Sydney venue.

Measures have been taken to ensure the safety of players, staff and spectators in the Ken Rosewall Arena in Sydney’s Olympic Tennis Centre.

The British team will play their group games at the venue, which will also host all knockout matches.

GB’s opening tie against Bulgaria will start at 06:30 GMT on 3 January.

Some of the world’s top players are due to take part in the new 24-nation men’s team event, including Rafael Nadal and Novak Djokovic.

Matches will also take place in Brisbane and Perth, which have so far been unaffected by the bushfires that have killed at least eight people in the Sydney area and across the states of New South Wales and neighbouring Victoria.

“We have got medical experts on site during the tournament who will be advising in relation to conditions and ensuring it is safe for players to play and also safe for our fans and our ball boys and staff,” said tournament director Tom Larner.

It is not yet clear what measures will be taken if health concerns are raised.

Two of the six groups of four teams are due to play their three round-robin ties in Sydney.

Belgium and Moldova, the other two teams along with Britain and Bulgaria in Group C, will contest the first match at the Ken Rosewall Arena from 23:00 GMT on Thursday, 2 January.

Countries in Group E – Austria, Croatia, Argentina and Poland – will also play their opening matches in Sydney before the eight qualifiers relocate to the city for the knockout stages, which are due to take place from 9-11 January.

Dan Evans, James Ward and Cameron Norrie will compete as singles players for Britain, with doubles specialists Jamie Murray and Joe Salisbury completing the five-man team. Andy Murray was forced to withdraw due to injury .

The WTA’s Brisbane International is also due to take place from 6 January, while the Australian Open gets under way in Adelaide on 20 January.